The Tradition Run is classified as an Un-Race.  As stated on the website, "It's not a fun-run because it's no fun, and it's not a race because times are not recorded."  Well, that sounds like a great time, right?!  But here's the best part...


Why is it called the TRADITION run?  In 1970, a teacher thought it'd be a good idea to run up to the radio tower.  The following year he was joined by some students.  Every year since, others have joined to tackle the course.  Having just completed the run, I both A) have no freaking clue why they do it and B) know exactly why they do it.  I'll start with a picture from the drive to Hubbard Park where the race is held. 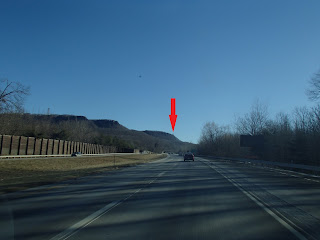 See the castle tower on the hill?  ...that tiny little tower pointed out with the red arrow?  That's Castle Craig.  That's what we're running up to.  For a little better perspective, here's the elevation map.

The rough total is a 700 ft elevation change from start to finish; 500 of that being in the last mile.  Does it make sense why they say it's not a "fun run" now?  Haha.


Registration started at 9:30am and the race began at 10:30am.  Walkers began at 10am though a number of them at random times afterwards walked off on their own.  The runners gathered about 20 after and we started promptly at 10:30am.


As you can tell above, the first mile was relatively flat.  Once the gun went off, I was out in the lead for the typical 20 seconds or so, and then passed.  It was the four of us up the first small hill, but on the straight away, the front two started putting distance between us.  Around 1.5 miles, I locked onto the back of the third place runner.  I didn't want to put in the energy to pass him and die on the hill, so I stayed calm and held tight to him.  With 200m or so before the main hill, he slowed a bit and I took full advantage.  I never trust myself to be able to out sprint other competitors, so with a bit of an advantage, I decided to pull ahead and try to put some distance between us.  With some luck, I could shake the runner psychologically; if he thinks I'm strong on hills, he may give up trying to hold on.


Did it work?
I don't know.  I'm not a mind reader.
All I know is that I put a good 100m between us pretty fast,
he never surged back up,
and three or four other runners finished before he got to the top.


As I started up the hill, I did my best to stay comfortable.  "Don't over exert yourself early" I kept thinking.  I certainly didn't manage to feel comfortable through that hill, but slowly and steadily I made my way up by being fooled into thinking each new ridge was a flat reprieve.  Nope!  Just up, up, and more UP. 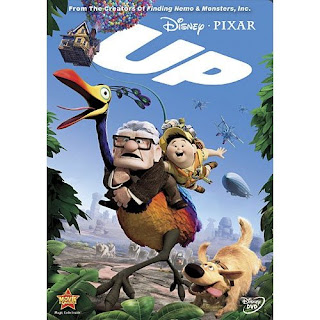 I've never seen the movie, but I feel there's a striking analogy in there somewhere.


I didn't dare look back to see if anyone was behind me closing in, but I also never had anyone pass me.  I kept my position from the start of the hill right to the finish.  Near the top, you make a left turn and get a slight downhill reprieve and then face one last very steep but thankfully short hill before turning to see the castle and run to the finish.


As soon as I finished, I looked around for the water.  The site said they'd have water at the top for runners.  Apparently they forgot or looked over that point.  After climbing 700 ft. of elevation in a 10 degree wind chill, my lungs and throat were rough.  Once a friend finished, she had the bright idea to eat the snow.  Not exactly the most sanitary, but it worked.  After a few fist fulls of snow, I was good and we made our way back down for the full 10k.


They may have missed the boat on the water at the top, but they made up at least a portion of that folly with cake at the post-race refreshments!  Yes, I'm a child.  And yes, I'm even more of one after a race.

The race itself was free, so you couldn't expect a medal.  They did, however, provide a certificate and a patch.  I was quite impressed!


So...  Why do they do it?  That hill is a never ending challenge and just completing it no matter the time is an accomplishment.  But you certainly have to fight the desire to give in!


Three races down.  Twenty-three to go.

Questions
1. What's your preference: flat, rolling hills, major hills?
At this point, a mix of flat and rolling hills are my favorite.

2.  What makes you happy after finishing a race?
Anything with a lot of calories is usually good - cake, ice cream, twinkies (may they rest in peace), pizza, etc.

3.  Is there a certain race or distance where you find you have a battle between mind and body?
The battle emerged first at longer distance races, but today was a first at the 5k distance.

I obviosuly prefer flat, but rolling hills are not a problem to be honest. I sometimes train on rolling hills here in Cape Town so Im fine with it.

After a race I like GOODIE BAGS! Ok, Ok, we dont always get them, but I'll settle for a massage if its available.

As of now mind and body struggle at the HIM distance races... ask me after ive done a full IM.

PS - IMSA70.3 race report is up as you requested! :)
http://roadtoironmandaddy.blogspot.com/

I love to eat after finishing a race, burgers and hot dogs, a Dr. Pepper :)

Great recap. Any race that includes cake is a good race. I love me some cake as well.

The face mask - I don't remember thinking it was too wet. I wore it both days this weekend and didn't have a problem. But my neck polar freeze froze solid and I had trouble getting if off over my head both days.