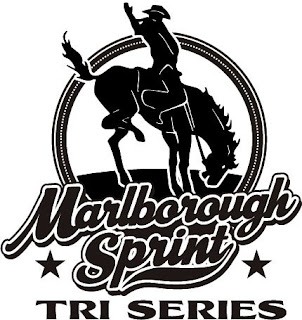 What a way to start the season!!

Pre-Race
My first triathlon of the season and I must admit I showed up with some reservations.  I got out of work, headed home to grab my gear, and got on the road.  I quickly learned my lesson - get to the east side of Hartford before 4:30pm.  Oh-well.

Starting that morning, I had been having a back/neck pain that caused pain when I lifted my head.  I had been working it out, but at this point just accepted that the swim was going to S-U-C-K!!  Lucky for me, I saw that they had massage tables set up.  What?  A free massage?!  Don't mind if I do!  One of the therapists - Tara - gave me a "magic potion" and OMG it felt amazing!

As I stepped up to the water for the start, I couldn't even feel a twinge of pain; it was great!

Swim
The swim was only a 500, so I pushed the pace.  This was just as much a test for Sunday with the wetsuit as it was a race to see where I stood.  I ended up veering a bit left, or everyone went right.  Either way I was on my own despite planning on drafting the swim.  I made it out to the turn buoy and thought "Hmmm...  this is a bit far."  On the way back, I again ended up left of everyone, but seemed to be headed straight for shore.  I picked the pace up a bit and when I was able to touch the sand with my fingertips, I popped up and ran to transition.  Looking down at my watch, I saw 11:xx.

The times for the Lake T Sprints include transition and I'm used to having an 11-12 minute first leg  Did I just swim really slow?  Turns out they had an 800 yd swim instead of 500; the director just really likes the swim.

T1
I got the my bike, sat down, and immediately ripped off my wetsuit.  It was surprisingly easier than it had been before.  I tossed it with my stuff, slipped on the shoes, grabbed my sunglasses and clipped on the helmet.  I grabbed my bike and ran to the road.

Bike
With a flying mount, I headed out on the 12-mile bike course and pushed it from the start.  I only had 12 miles and I've ridden that plenty of times, so I felt I had no reason to let up.  Down the first hill, I noticed that my bike computer wasn't reading.  Greeeeeat!  I'm blind.  I also noticed that I was breathing rather heavy.  Oh-well.  My body can handle it.  I kept drinking my double concentrated Gatorade and water (in hindsight, I got a LOT of liquid in on the bike) and kept passing other riders.  I only had a couple people pass me and it was in leap frog fashion; overall I didn't get passed on the bike and that was a mental boost for sure.

On the second loop, I felt my breathing calm down - awesome!  I kept pushing the pace.  At this point, the computer started reading and I got an idea of what my pace was - around 21 mph.  I was used to hitting 19 mph on this course and the excitement let me push harder.  I rounded last turn into transition and hopped off the bike.  I ran towards transition with the computer reading just over 22mph.

T2
As I crossed the timing mat into transition, I noticed two things.  First, the few people I saw ahead of me were quickly getting out on the run course.  Second, there were only half a dozen bikes in transition.  After a great bike, I was pumped that I was so close to the front.  Extra motivation!!  I racked the bike, switched shoes, threw off the helmet, grabbed my hat, and took off after the guys in front of me.

Run
I headed out a bit faster than I might normally since I had three guys in my view.  After the first 0.1 mile, I tried to keep myself in check 'till I got up the first hill.  I passed one guy before the hill and stayed in place to the top.  I passed another on the downhill and decided to attempt maintaining my pace.  I felt like I might be hitting 7:00 minute miles, but felt great either way.  Up ahead, I saw a blue tri jersey; a friend of mine from grad school.  I won't lie that seeing him up ahead helped me push myself.  What can I say, I'm competitive!

I thought I might hold my place and take him on the last downhill.  I'm not a sprinter!  If I'm going to get ahead, I have to go NOW.  I clicked the pace back up and kept pushing.  I passed my friend in blue and made it to the final downhill.  One mile to go.

I hadn't been hitting my watch for splits, but with one mile to go, I had 57 minutes.  If I was hitting 7 minutes, 1:05 was well within reason.  Yet again, I gritted down and pushed it.  I passed two more runners before I hit the finish line.

I think it's safe to say, I was quite happy with myself.  My test of the Rev3 race day gear worked very well.  Transitions went smoothly.  I had a killer bike!  I surpassed my expected run time.  The overall winner had a time of 58:01, so I have roughly 5 minutes to cut down somewhere.  I have my work cut out for me this summer - only 5 races left.  Maybe a minute per race?  We shall see.

Onto Rev3 Quassy.  Bring it!


Questions
1.  Is there a better way to start the season than with crushing a PR?
If there is, I want to know about it.

2.  Do you get competitive with others in a race or are you out there solely for yourself?
I'm super competitive!

Kurt! Awesome work! What a cracking start to the season!

I find that i'm competitive on the bike and run, as my swim is very poor. I don't tolerate people going past me on the run very well! Keep on sighting my next person to overtake and put in some surges!

Can't wait to hear about how you recover after the race!