I admit that I had serious doubts about this recipe.  It was posted by a friend of mine who said that it tasted like Cinnamon Toast Crunch.  I immediately called BS, but thought it was worth a try.  I will tell you that it's not perfect, but it's 95% there.  Incredible!!

So if you are looking for something sweet and crunchy, but want to stay healthy.  Here you go!

DIRECTIONS
Preheat the oven to 375 degrees F.  Drain & rinse the chickpeas.  Then dry them on a paper towel.  Cover a baking sheet with parchment paper and spread the chick peas out in a single layer.  Bake for 45 min or until crispy.

While the chick peas are still warm, toss them in a bowl with the olive oil, honey, and cinnamon.  Spread them back out on the sheet and bake for an additional 10 minutes or until caramelized.


After making this recipe, I immediately had comments from friends about what they add for seasonings.  They number of combinations are endless! 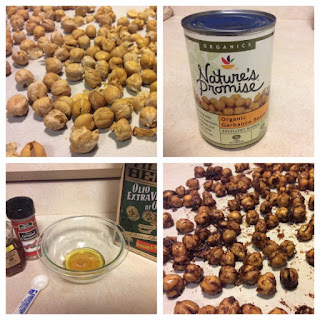 It was the next morning that the magic really happened.  If a recipe was able to follow through on a promise to taste like Cinnamon Toast Crunch, I had to take one more step and eat it just like you would the cereal. 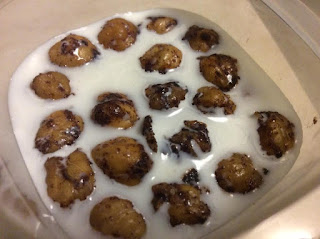