This Is How I Wear A Shoe Down

Below is my fourth pair of Pearl Izumi Streak II shoes.  When I purchased them (and the third pair) I decided I wanted to visually see how I wear them down over time.  I took pictures of them straight out of the box and took pictures this weekend.  Unfortunately, I didn't think about it until I took out the laces.   Oh-well.

After 420 miles including an Ironman, two half irons, a fifty mile ultra, two marathons, and a half marathon, they are in need of being replaced.  I had hoped they'd last the 650 miles that the previous two pairs did, but alas!  My third pair is currently at 510 miles and still going strong!!

The last time I wore these shoes, I had some pains in my plantar fascia, so out of protection for my training, they have been replaced.


Let's see how they've been worn. 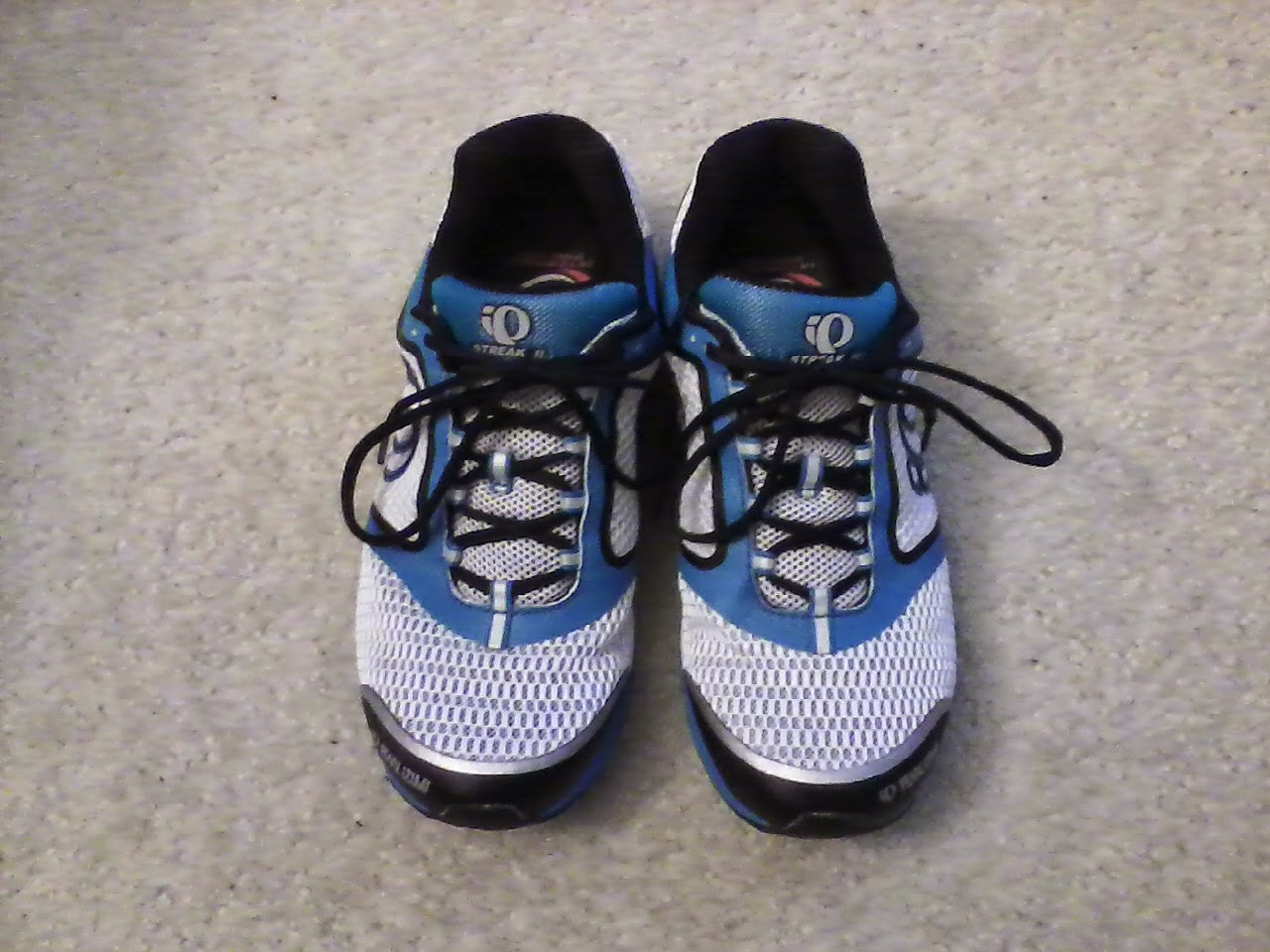 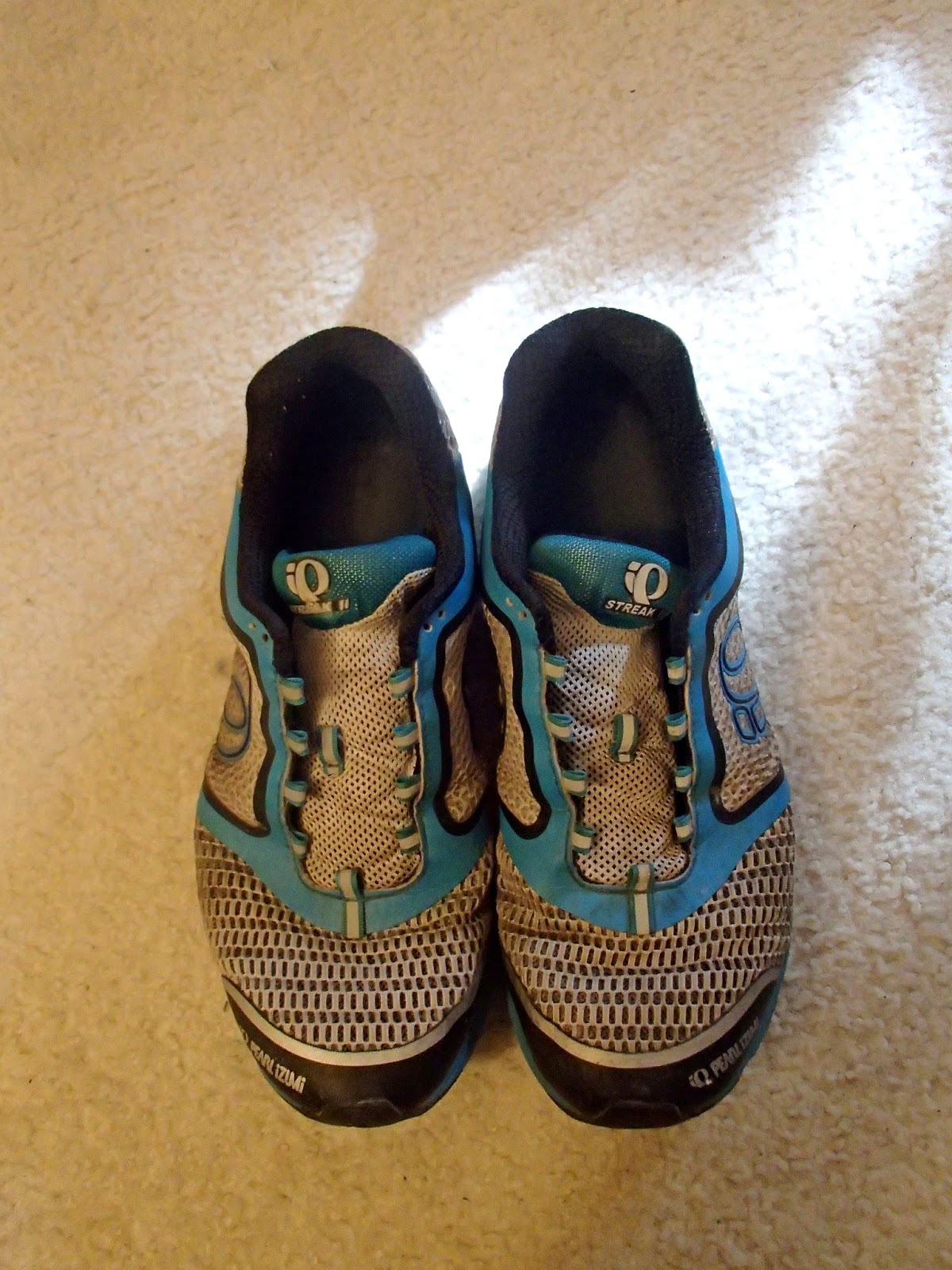 It's almost funny to consider that I purchased a pair of white shoes.  Look at how discolored they got!  I doubt I would have guessed they were white originally if I hadn't known it already.  The emblem on the heel cup inside was worn off in a matter of weeks as well.  The blue, however, did stay quite well. 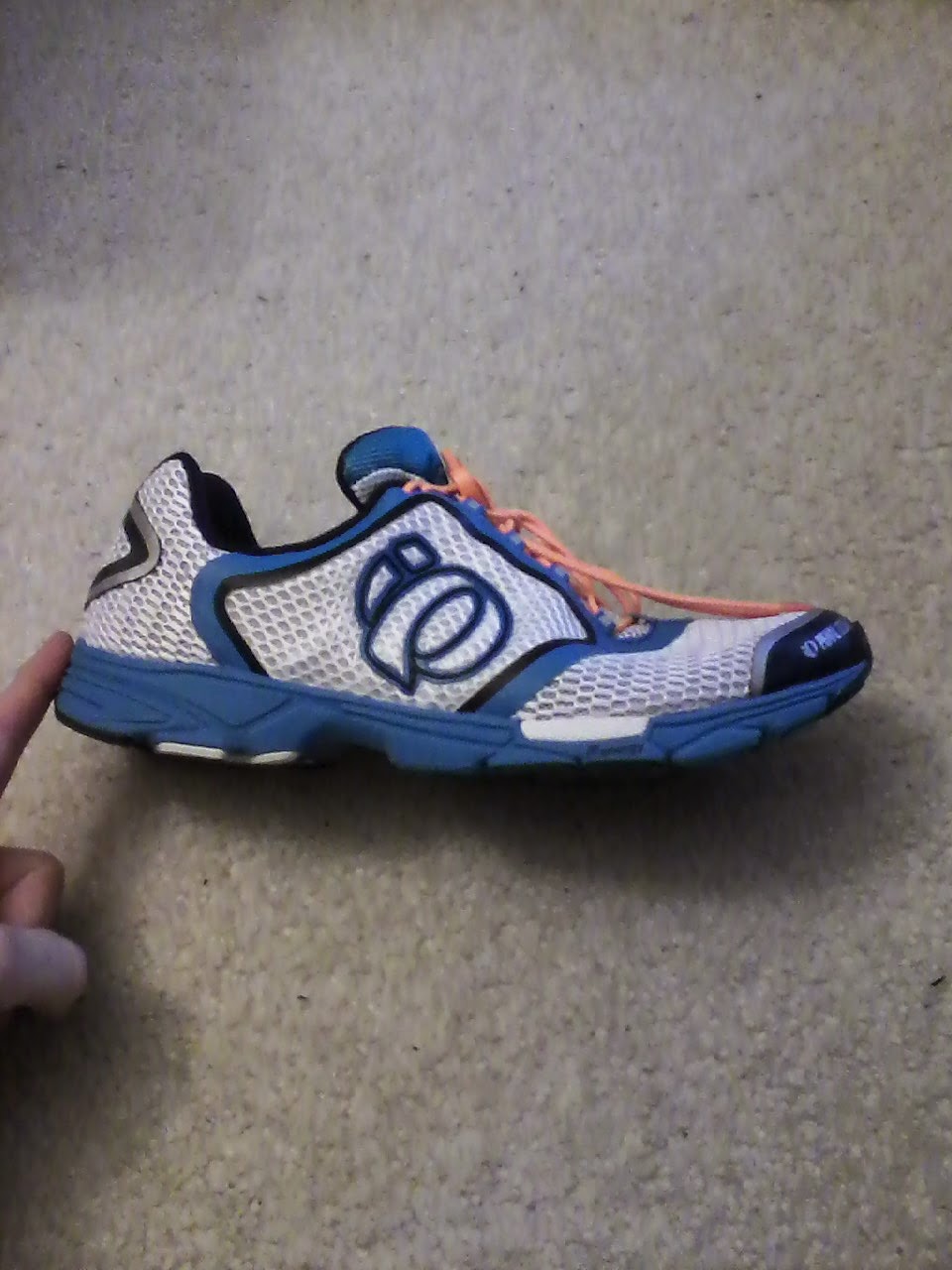 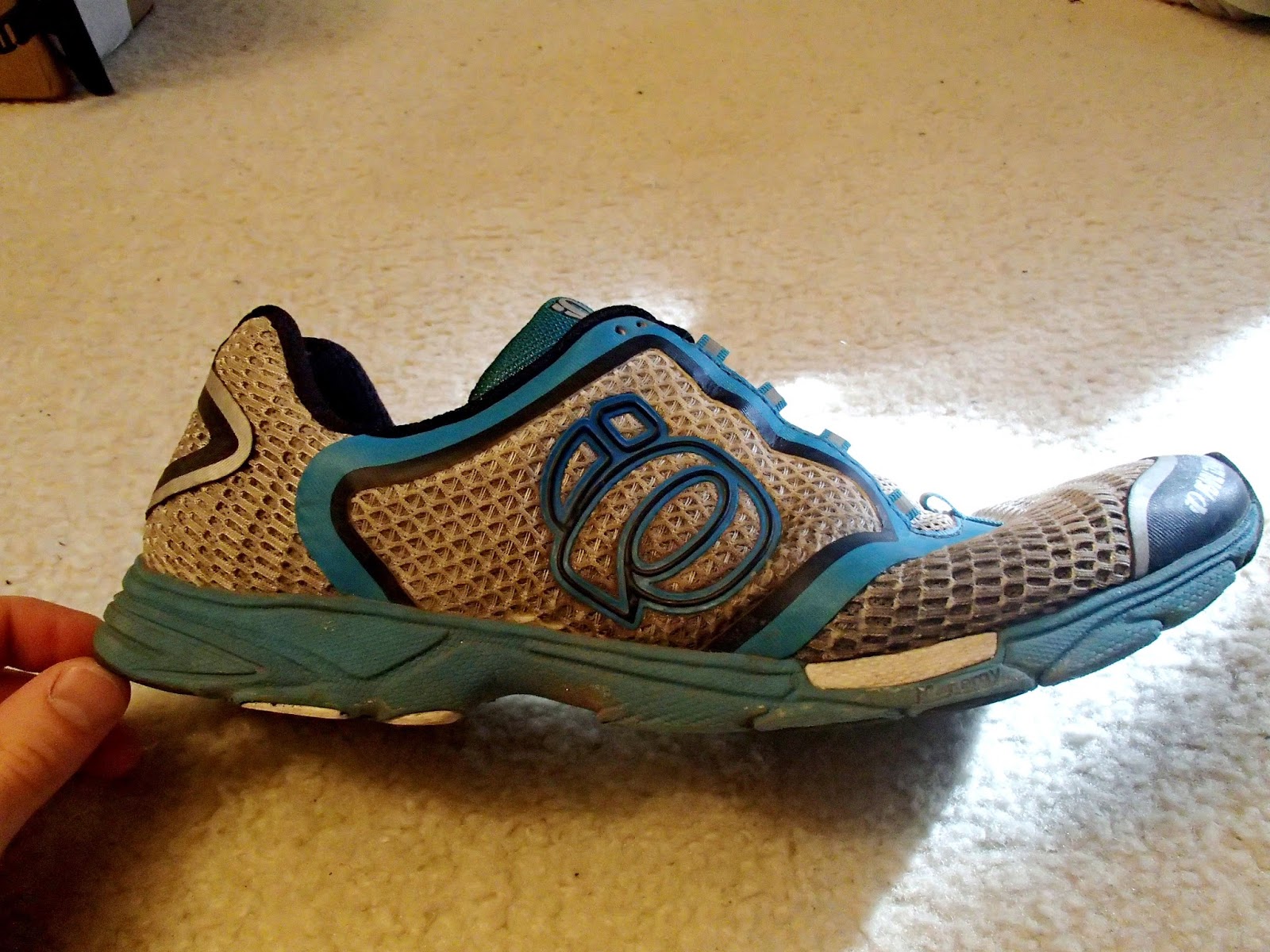 Again, the white discolored so much though it is better in the back than the front.  The toe box curls up much more now than it had new.  That was a feature I noticed in the first pair I bought and this pair was certainly more stiff out of the box (it may have sat around at the warehouse for a time longer).  You can also just begin to tell that the outsole is worn down. 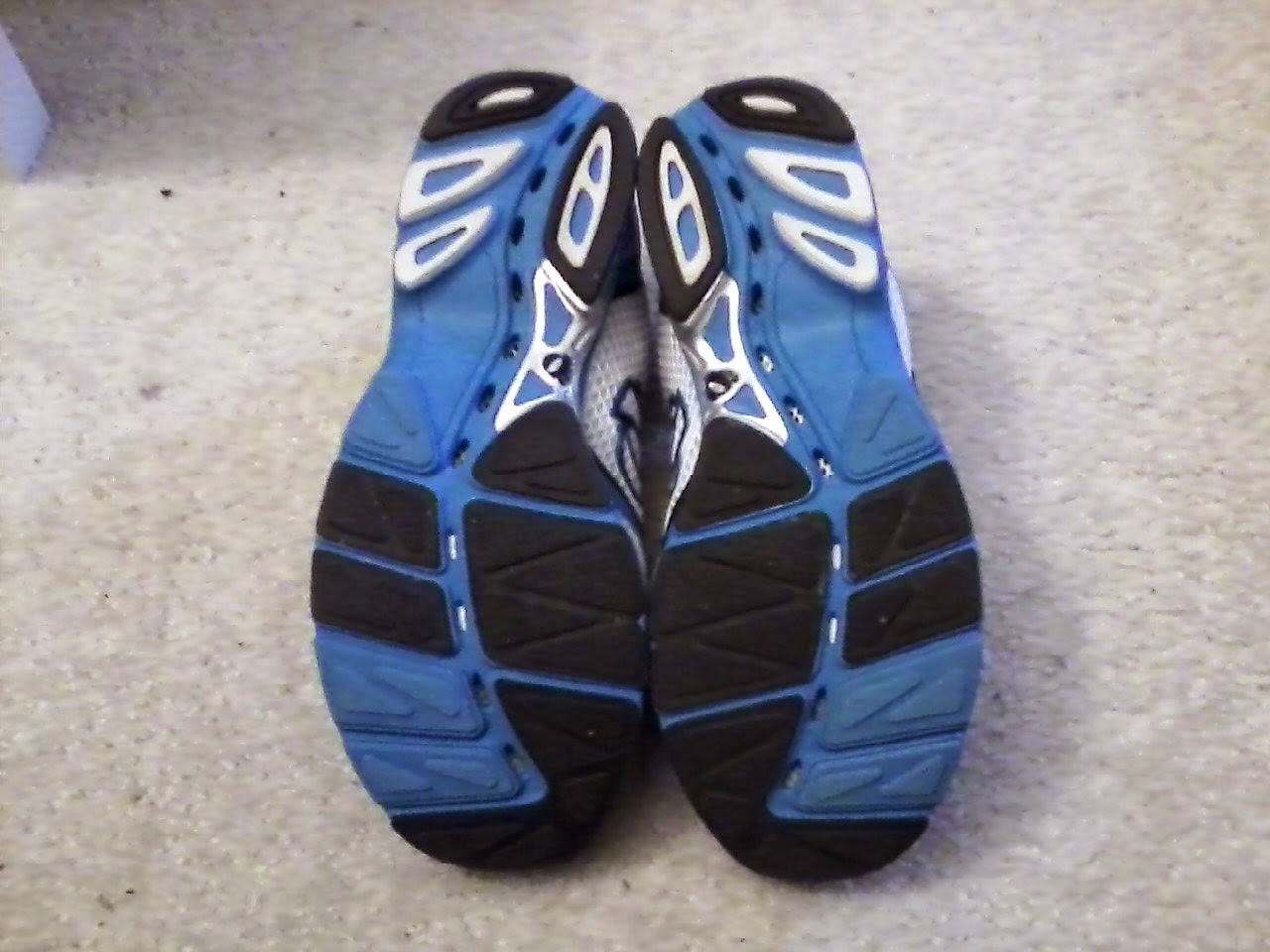 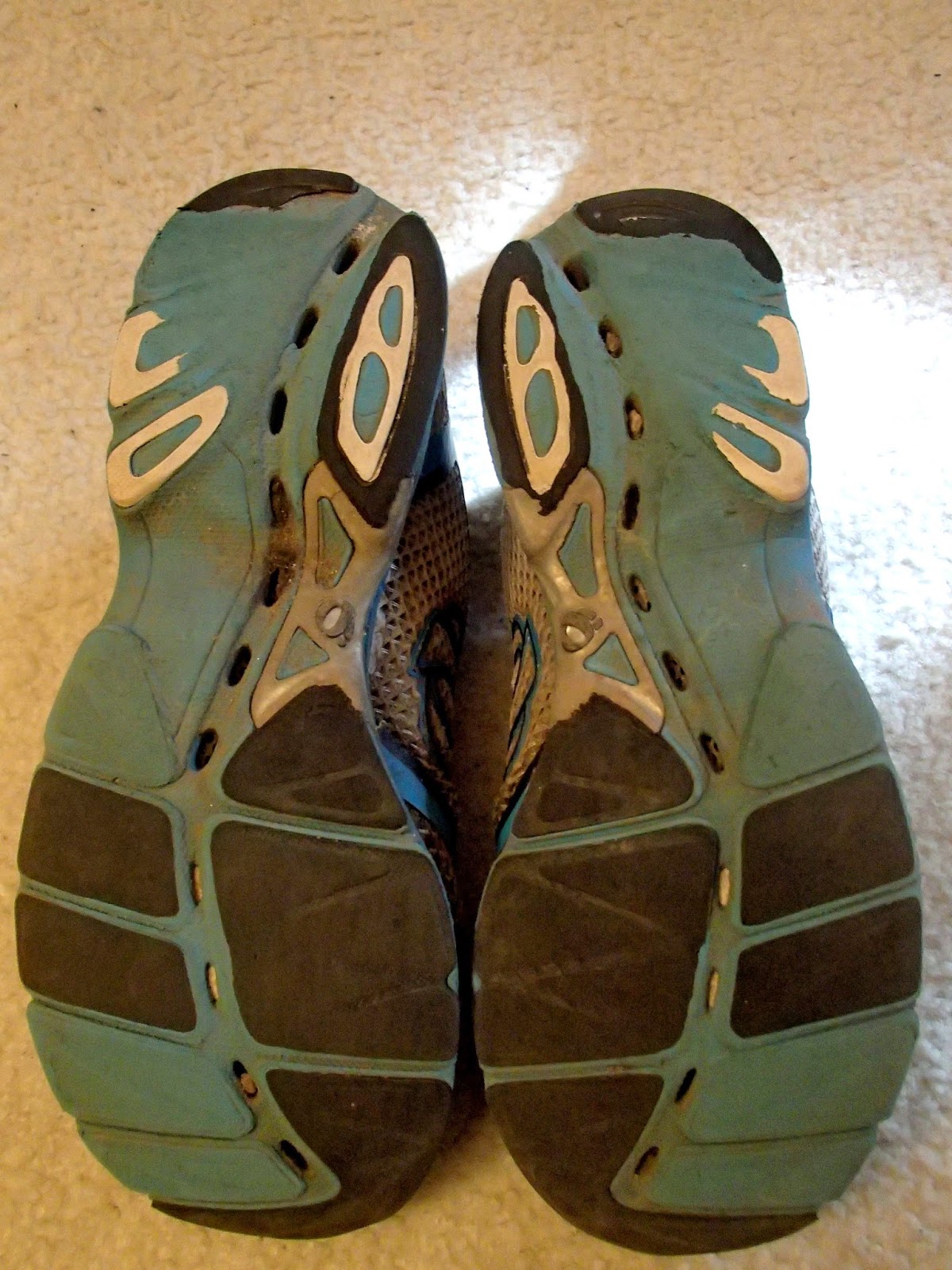 Now the fun part!  The discoloration may simply be the lighting and dirt.  What you can tell immediately is that the heel is worn down and the outer heel more than the inner.  You can even see that I've worn down the left outer heel a bit more than the right.

That may be due to the fact that I wore the left shoe during the JFK 50, but not the right.  I wore the right shoe of my other pair in an attempt to have some fun.  haha

Either way, I supinate a bit to cause the outer wearing.

The footbed is also worn quite a bit, but you can't tell as much.  It is more worn in the center than either side of the footbed as well.  Even looking at these shoes and my new pair, there is much less difference in the footbed than the heel.  Knowing how I run, I'd say that this means I land much more straight down on my forefoot, but either drag or push my heel down when I hit the heel.  And I know I do that very much on hills.


Overall, I discolor white shoes like crazy!  It's a good thing I go for darker shoes when possible now.  haha  I also supinate to a degree and do not strike my foot straight down when I heel strike, but do so when I mid/forefoot strike.  These are all things I already knew.

Onto the "Fiery Red" pair of Pearl Izumi Streak IIs! 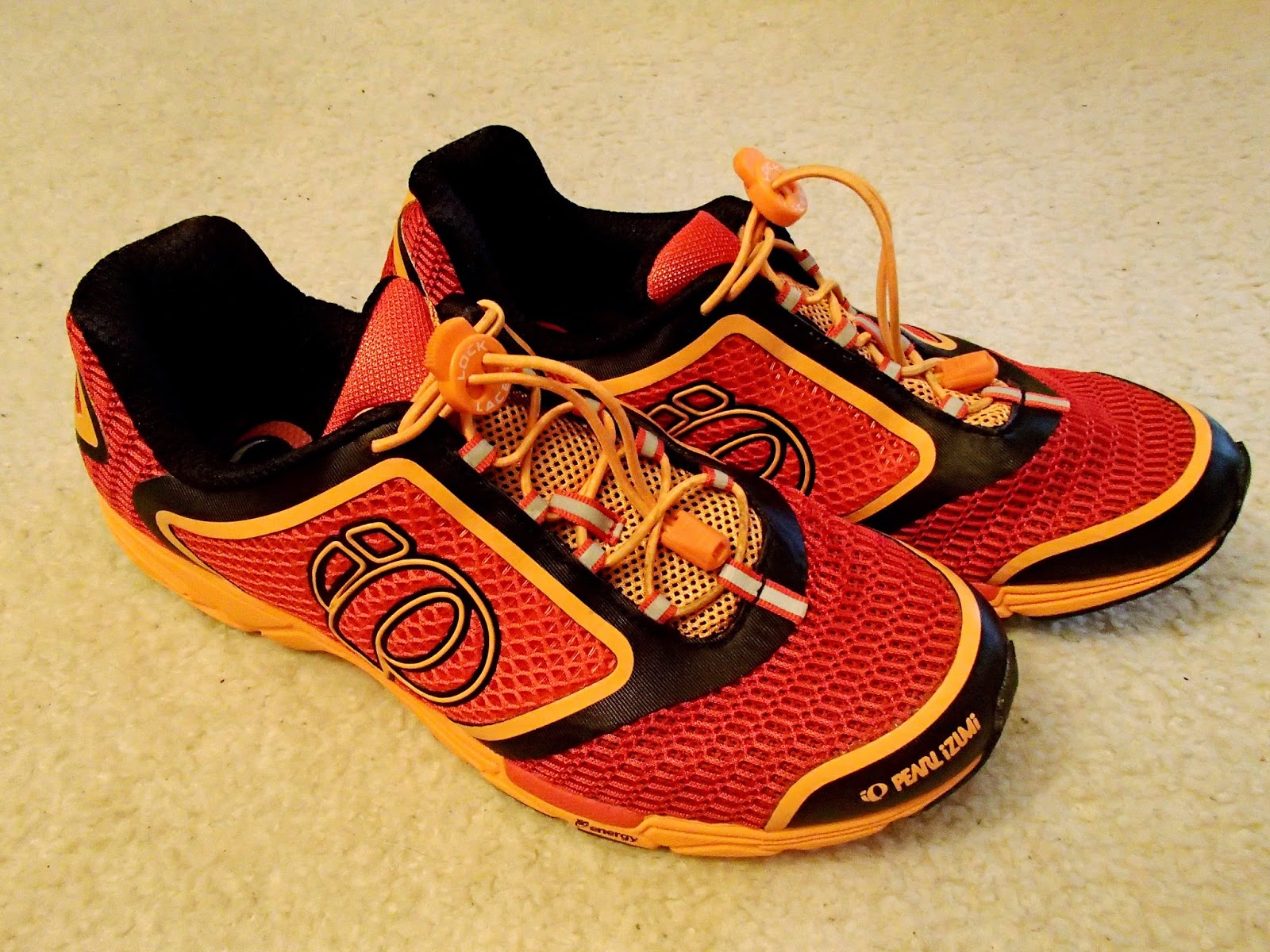 I've put 2.3k miles on four pairs of these shoes!  I've got two pairs left, the reds above and another pair of black.

Questions
1.  Do you see anything I don't in the comparison above?

2.  Have you ever compared your shoes new and old?

3.  How do you wear down your shoes?
Have you ever used this info to make insights into your running?  Has it ever not made sense compared to how you think you run?

4.  What do you use to know when it's time to replace a pair of shoes?
Given that these shoes are "rated" for 2-300 miles and that I got close to 700 in the first two pairs, I use how my feet feel as the main way to tell.  If they fell apart or such, then I'd use that as well, but they've held up extremely well to my beatings!